Eye of The Sea 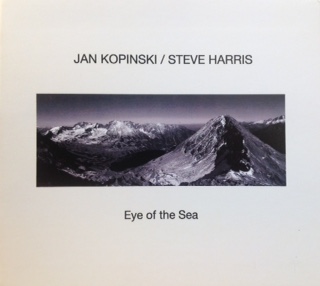 Happy New Year ! …if you have the time, have a listen to my latest album Eye of The Sea. It’s a special one for me, as it is the last concert I played with drummer Steve Harris who died shortly following our performance at the improvising festival he organised in Poole, Dorset, UK. It is also a very personal duet. Steve by this time was more interested in purely improvised forms and plays with delicacy as well as power. Also it was the right moment to include more of the techniques on tenor sax where I had full rein to use a combination of pure sax technique and electro-acoustic treatments, including feedback. I had a definite idea of landscape and people within that.

The name of the album comes from a lake in the Polish Tatras, which Steve and I visited in ta snow blizzard, which closed in the sound but remained vast. We started each piece without any plan or form, but inevitably something familiar occasionally appears.